At Clowns we believe that Drama plays a huge part in a child’s development and we have made it an important part of the children’s day. We have a full-time Drama Teacher who works with all of the children in all of our classes.

Through Drama the children learn and build on lots of different skills such as, but not limited to:

Through Drama we challenge the children to be dynamic in their thinking as they engage in fast paced games and exciting themed workshops. At Clowns we witness on a daily basis,  the benefits of Drama for young children.

Drama helps concentration and listening to others, as well as supporting the development of taking turns and following instructions. Drama also helps to further develop language and communication skills as children take on the language of a role they are playing.  These are all skills that contribute to their wider vocabulary.  Included in our Drama sessions are a movement and dance section which enhances the children’s physical development through indirectly focusing on coordination skills and encouraging the children to gain mastery over their growing bodies in a fun and engaging way.

Day Nursery Drama classes follow a theme every half term. Each theme incorporates music, movement and imaginary play. The children enjoy the classes and gain so much confidence through volunteering themselves for the exercises and learning how to express themselves in different ways.

Pre-School and Manor House Drama classes are action packed and always full of fun. We love to see the children’s faces as they become fully absorbed in the magical adventures we create. Drama sessions follow a two week rotation for variety and expansion of knowledge and skills. During one week sessions will be literacy-based workshops where a story is brought to life through Drama. These workshops usually include characterisation, vocal work, learning poems and role play to build children’s confidence and stretch their active imaginations. On alternate weeks the sessions are action packed with fast moving dynamic games. These are themed according to the curriculum and build physical confidence, focus and communication skills, all without the children even knowing it!

We run two After School Drama classes and during each session the children go on a magical adventure, with the Drama Teacher as “the director” looking for actors to perform in her play. The children take on different roles bringing the script to life, exploring the characters and the text through dance, music and drama.

Drama is about having fun and making new friends.  The bonds created through Drama are priceless. 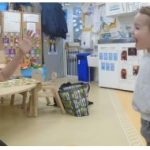 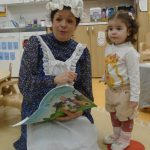 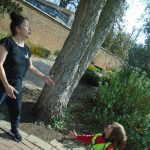 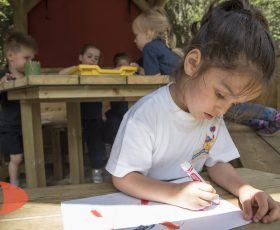 At Clowns all the children are involved in PE sessions each week and during the Summer Term our Rising 4...

The children at Clowns took part in Sponsorship Week from Monday 16th – Friday 20th May and each class participated...

Read more
We use cookies on our website to give you the most relevant experience by remembering your preferences and repeat visits. By clicking “Accept All”, you consent to the use of ALL the cookies. However, you may visit "Cookie Settings" to provide a controlled consent.
Cookie SettingsReject AllAccept All
Manage consent

This website uses cookies to improve your experience while you navigate through the website. Out of these, the cookies that are categorized as necessary are stored on your browser as they are essential for the working of basic functionalities of the website. We also use third-party cookies that help us analyze and understand how you use this website. These cookies will be stored in your browser only with your consent. You also have the option to opt-out of these cookies. But opting out of some of these cookies may affect your browsing experience.
Necessary Always Enabled
Necessary cookies are absolutely essential for the website to function properly. These cookies ensure basic functionalities and security features of the website, anonymously.
Functional
Functional cookies help to perform certain functionalities like sharing the content of the website on social media platforms, collect feedbacks, and other third-party features.
Performance
Performance cookies are used to understand and analyze the key performance indexes of the website which helps in delivering a better user experience for the visitors.
Analytics
Analytical cookies are used to understand how visitors interact with the website. These cookies help provide information on metrics the number of visitors, bounce rate, traffic source, etc.
Advertisement
Advertisement cookies are used to provide visitors with relevant ads and marketing campaigns. These cookies track visitors across websites and collect information to provide customized ads.
Others
Other uncategorized cookies are those that are being analyzed and have not been classified into a category as yet.
SAVE & ACCEPT